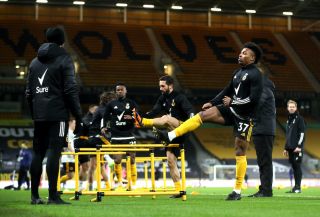 Manchester United haven’t lost any of their last nine home league games against Wolves (W6 D3), keeping six clean sheets in that run since a 0-1 loss in February 1980.

The Reds take on Wolves in Tuesday night’s big game and we are going to take a look at how the game could turn out.

Ole Gunnar Solskjaer’s side have been steadily climbing up the Premier League table in recent weeks, as well as booking their place in the Carabao Cup semi-finals after beating Everton 2-0 last week. That boosted morale after a disappointing Champions League group stage exit.

Since suffering a 1-0 defeat at home to Arsenal in early November, United are unbeaten in their last eight Premier League matches, with six wins and two draws. That form has us talking about a title race and long may it continue.

You could avoid the January blues by using bonus codes to improve your betting experience. United will be favourites to win tonight, but Anthony Martial is one to watch for first goalscorer.

Victor Lindelof is a doubt after being forced off against Leicester City on Boxing Day with a reoccurrence of a long-standing back problem. Aaron Wan-Bissaka and Marcus Rashford were both pictured in training this week and could feature at some point.

It might be a good time to rest Rashford from the start, though.

Moreover, on the pre-Christmas Strettycast last week we predicted that United would reach the EFL Cup semis, and take four points from our Premier League matches against Leicester and Wolves, which is exactly what we’re going for tonight so long as United win.

Wolves have endured a mixed start to the season, especially since lead striker Raul Jimenez suffered a serious head injury at the start of the month. They’ve lost to Liverpool (4-0), Aston Villa (1-0), and Burnley (2-1).

Their fans will hope it’s one of the those nights when they can get a big result without Jimenez, like they did when beating Arsenal 2-1 or coming from behind to beat Chelsea 2-1. Wolves also drew with Jose Mourinho’s Tottenham Hotspur.

The last time these two sides met was back in February — a forgettable scoreless draw at Old Trafford, which came after United’s only win against Nuno’s Wolves — 1-0 in the FA Cup last season.

Manchester United have been getting into the groove lately and I suspect they will continue climbing up the table tonight. In doing so they must stop Wolves, who were only of the highest rated sides in the top flight last term.