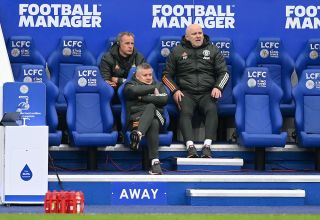 Marcus Rashford and Aaron Wan-Bissaka make the cut after both were nursing injuries ahead of the match. The former had a shoulder problem, while Wan-Bissaka missed the recent trips to Leicester City and Everton.

The report claims Victor Lindelof wasn’t spotted with United’s squad as they checked into the Lowry Hotel on Tuesday afternoon before tonight’s 8pm kick-off. Lindelof has been struggling with a back problem since the beginning of the season.

Edinson Cavani, Donny van de Beek, Paul Pogba and Mason Greenwood were all pictured with the rest of the squad and could come into the line-up.

We reckon Eric Bailly will get the nod at centre-back again for this match.