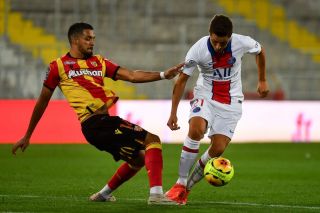 Argentine Medina moved to Lens from CA Talleres in a €3.5m deal last year and his form has seemingly brought him to the attention of United’s scouts. He came through the youth system at River Plate, though it was CA Talleres who launched his professional career.

RMC’s Sacha Tavolieri via Le 10 Sport reports United are following Medina this season, with the centre-back winning his first Argentina cap in October.

Lionel Scaloni rewarded the youngster on the back of an impressive Olympics qualifying campaign with nation’s U23 team.

United are likely to add Medina to their list of targets before monitoring him closely. I would suspect it’s too early and a decision has yet to be made on whether he’s the right player to move for.

He is contracted to Lens until 2024 and has this season managed 12 appearances, scoring once.

It’s no secret that Ole Gunnar Solskjaer needs to add to his list of defenders next summer, as well as getting rid of a few such as Marcos Rojo and Phil Jones.

Signing one of the hottest prospects in Argentina may not be the worst move.