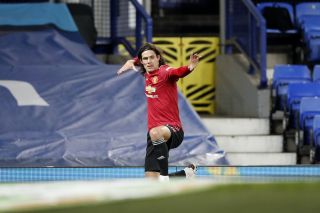 Ole Gunnar Solskjaer has named his starting eleven to face Wolves in the Premier League tonight.

Manchester United have a chance to go second with a win tonight and Wolves haven’t been dealt a massive blow since Raul Jimenez suffered a nasty head injury at the beginning of the month.

Drawing away to Leicester City is not the worst result, as United learned on Boxing Day but that doesn’t change the fact Solskjaer’s men should have won the match.

Tonight we must make ground on the other teams fighting around us and do more than they are to put pressure on league leaders Liverpool.

Jonathan Shrager was right with his Paul Pogba call 30 minutes before it was officially announced.

I am told that Pogba is starting for #MUFC tonight

Shrager has a knack for getting accurate information on line-ups before they are announced by the club, so he’s definitely worth a follow if you are a Twitter user.