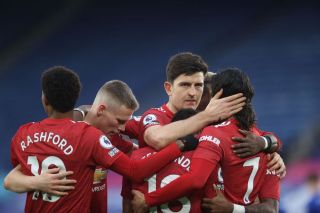 Manchester United will be looking to close the gap at the top of the Premier League table on leaders Liverpool to just two points when they face Wolves at Old Trafford on Tuesday night.

The Reds go into the game on the back of a disappointing 2-2 draw with Leicester City at the King Power Stadium on Boxing day whilst the visitors drew 1-1 with Tottenham Hotspur at Molineux.

Viktor Lindelof is expected to miss the clash against Wolves having suffered an injury against Leicester City on Boxing day, however, Aaron Wan Bassika could be in line for a return to the starting eleven after returning to first team training this week.

Few if any could have foreseen United challenging for the Premier League title this season let alone win it and in facing Wolves on Tuesday night it presents United a fantastic opportunity to really pile the pressure on Liverpool at the top of the league table and close the gap at the top to just two points.

Wolves no longer look the same force they once were under Nuno Santo. Having flourished last season and going far in Europe they don’t look the same side this season and are there to be got at and with Rashford, Fernandes and co all fully fit and firing United should have more than enough in the tank to beat Wolves and take all three points.

With games coming thick and fast over the festive period its essential United can put a run of wins together to build momentum.

Wolves on Tuesday night will be followed quickly by Aston Villa on New Years day and if United can take maximum points from both games then the Reds could find themselves sitting at the top of the Premier League table and given how inconsistent United have been this season that really is some achievement.