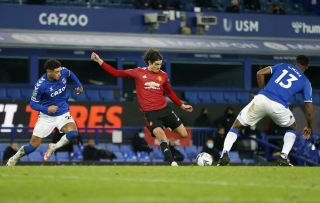 Manchester United are set to trigger the option in Edinson Cavani’s contract which would see the striker remain at the club until the summer of 2022, according to reports.

Manchester Evening News claims United will seek to trigger the option they hold in Edinson Cavani’s contract, which will extend his contract beyond the end of the season until the summer of 2022.

There’s enough to suggest in the report that Ole Gunnar Solskjaer is open to keeping Cavani beyond that, but I’m sure that will depend on how he performs over the course of the this season and next.

Solskjaer wants options up front and he’s got a very good one in Cavani, so long as the Uruguayan can stay fit and continue scoring goals.

Bad Idea IMO. why are we rushing. Let his contract run down and decide then

His presence on the pitch is easily noticed and once he gets a run of games under his belt we’ll see him hit double figures.

At the age of 33, a lot of players would be considered past their best but Cavani has shown that he still has something to offer when he plays for United. There’s some evidence to suggest that he still has plenty left in the tank.

We’ll be better judges of that with time.