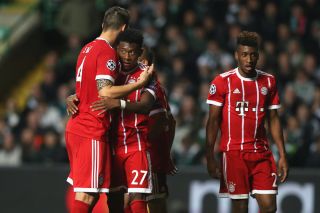 David Alaba is available to leave Bayern Munich on a free transfer in the summer, so it’s going to be interesting to see where he ends up next season.

Mostly known as a left-back, Alaba has moved more central in recent seasons, and could add a range of versatility to Manchester United’s back-four.

However, a report from the Manchester Evening News has indicated that Alba’s wage demands will be a problem for most clubs.

There aren’t many world-class left-backs out there but it’s not an area I think United should be worrying about right now. Alex Telles has come in from FC Porto and offers something different to Luke Shaw, but ultimately they are two good options to have and another left-back is not needed as much as a centre-back, defensive midfielder, right winger or even striker.

To bolster the squad, maybe a right-back would be a good move to add more strength behind Aaron Wan-Bissaka. That’s not to say I don’t trust Brandon Williams but I feel the young full-back would benefit from a loan abroad.

The MEN report claims United were heavily linked with a move for the Bayern star and they could open negotiations with him now, but they’ve decided to pass on him because his wage demands are excessive.

Alaba has been a great player for Bayern Munich and whoever lands him next will be acquiring a top full-back.