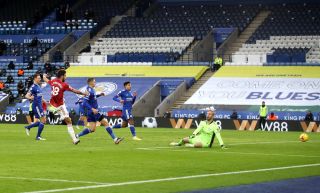 Should not be maligned for letting in Harvey Barnes’ fine strike with blocked view but had shaky moment in possession. 5

Solid in defence and United’s most effective set-piece taker from crossing range. Could have had first-half assist as Fernandes headed over. He’s been immense since the arrival of Alex Telles. 7

Nervy moments in first-half but defended stoutly at times with important blocks. 6

At fault as he could not handle Jamie Vardy’s exceptional movement for second equaliser. 4

Unconvincing as he failed to settle in less familiar right-back position. Experiment didn’t work and Tuanzebe may have been a better choice from the start. His injury is a concern with games coming thick and fast. 4

Not as sharp as Leeds game and needed to do more to close down Barnes for equaliser. Combative in the middle but void of attacking inspiration. 5

Provided plenty of energy and industry in the middle but was not ambitious enough in possession. 5

Promising when afforded rare space on the right but ultimately ineffective and substituted early after the break. 5

Another assist with key touch for Rashford’s opener but foolish nutmeg attempt proved costly for equaliser. Showed ultimate composure when played through by Cavani for 14th goal of season. 7

Got redemption for missing early sitter with clinical finish for opener. Kept out for second by superb Schmeichel save. 6

Dangerous at times but end product too often lacking and brought off for a more potent goal threat. 5 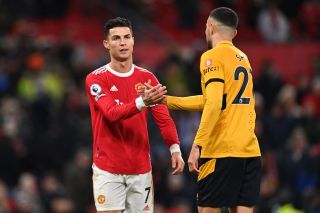