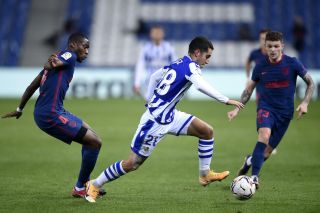 David Ornstein has done a Q&A with readers from The Athletic about what might happen in the January transfer window.

As one of the most reliable journalists on the beat, Ornstein’s information is usually bang on the money so we often share his stories at Stretty News.

A subscriber named Menas K asked whether there is any truth in claims Manchester United are pursuing Atletico Madrid’s Kieran Trippier, or whether the Reds had any other right-backs in mind to add depth in that position this January?

Ornstein replied, noting that any transfer in January will be difficult for Trippier after the 30-year-old was suspended for 10-weeks by the FA over a betting charge relating to his move from Tottenham to Atletico Madrid in 2019.

“It is accurate, Menas, that Manchester United held discussions over a move for Trippier but I’ve not heard anything to indicate the matter has gone any further. What it does show is that they are thinking about adding competition for Aaron Wan-Bissaka at right-back, which is what happened at left-back last summer when Alex Telles was recruited to vie with Luke Shaw. I don’t know of any other names in the frame at present. As for Trippier, it sounds to me like he and his family would consider returning from Spain but any potential transfer will be complicated by the 30-year-old’s 10-week suspension by the Football Association over a betting charge relating to his move from Tottenham to Atletico Madrid in 2019.”

It looks like United want more competition at right-back which wouldn’t be a bad thing, and there are doubts over Aaron Wan-Bissaka’s fitness for today’s clash against Leicester City. We could see Axel Tuanzebe start at right-back like we did against Everton in the League Cup quarter-finals earlier this week.