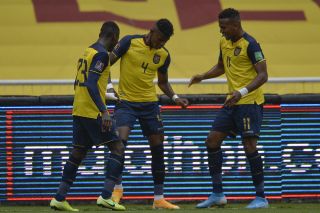 The January transfer window is just days away now, so we are starting to see the stories heat up.

Everyone knows that conducting business in January is never easy. Teams don’t want to be losing their best players midway through a season, and players like Bruno Fernandes don’t come around very often.

Chelsea have joined the race to sign Ecuador international starlet, Moises Caicedo, according to a report from the Daily Mail.

Caicedo, 19, has been linked to Manchester United, Newcastle United, and Brighton — but you can add Chelsea to the mix now.

We reported on claims in Southampton that a £4.5m transfer for Caicedo to join United is close to completion, so Chelsea may be late to party for the defensive midfielder.

The Independiente del Valle midfielder is considered one of the best up and coming deep-lying midfield players in the world and already has caps under his belt for Ecuador.

It’s a developing story worth keeping an eye on.

Ole Gunnar Solskjaer is trying to bring the most talented young players to Old Trafford, after capturing Facundo Pellistri and Amad Diallo on deadline day.