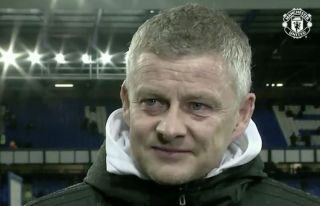 Manchester United manager Ole Gunnar Solskjaer has admitted that he wants to see Axel Tuanzebe ‘prove a point’ ahead of the defender’s inclusion on Wednesday night.

Tuanzebe found himself recalled to the United starting line-up to face Everton at Goodison Park in this season’s Carabao Cup quarter-finals.

Speaking ahead of the exciting tie, Solskjaer has revealed how he is hoping Tuanzebe can come back fit and firing after suffering from an injury since the Reds’ game against RB Leipzig in the Champions League.

Here is what Solskjaer had to say in full.