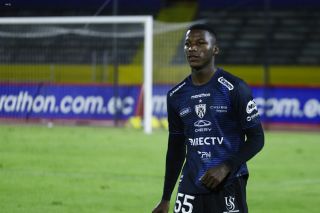 Although nothing is breaking in the UK press about the transfer, members of the foreign press have been kept busy trying to find out who the Red Devils are tracking ahead of the January transfer window.

It seems United have interest in yet another player for the future, like when Ole Gunnar Solskjaer signed both Facundo Pellistri and Amad Diallo during the summer.

Diallo still has to link up with his new team-mates for the first time and we’re expecting him to be part of the squad from January onwards.

Moisés Caicedo will be a #mufc player. Caicedo’s agents, United and Independiente del Valle representatives have reached an agreement. He will have to sign before the new Premier League contract rules are applied #mulive [@futbolbohemio]

According to FutbolBohemio, it’s looking like Caicedo’s agents met with Manchester United and he will sign a contract to join the club.

It was reported earlier this week by the Manchester Evening News that United have identified the talented midfielder as a transfer target.

However, the story quickly moved on as South American reporter Marco Lopez Castillo (via Sport Witness) claimed that United were leading the race for Caicedo.

It has been reported that RB Leipzig, AC Milan, Ajax, Alaves and West Ham are also interested in Independiente’s commanding midfielder.

The Ecuadorian may be about to make the biggest move of his football career. I’m sure Antonio Valencia will have plenty of advice for the youngster.