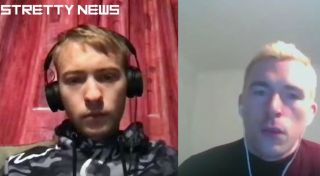 The latest episode of the Strettycast has dropped!

We called it a Christmas special but it’s not Christmassy at all.

Restrictions mean we won’t get to celebrate Christmas like we usually would, with the coronavirus pandemic looking like it will bring more lockdowns.

Still, Mike and I recorded this morning via Skype and had a chat about United’s 6-2 win over Leeds.

However, below, there’s a segment from this week’s show where Mike has drawn parallels between Liverpool’s rise under Jurgen Klopp.

How after two years of Klopp the German coach and trying to find ways to bolster his defence. He had the players to win games in attack, but defensively they were lacking and other time that improved to see them become Champions League champions two years ago and Premier League champions last term.

via courtesy of Stretty News TV

Hopefully it works out the same way and United sign the right players to build a side capable of winning the Premier League title. Even better if they could go on to win the Champions League as well, but let’s take baby steps.

It would please us to see United at least challenge for the title this season. I hear people talk about a title charge but that still seems unrealistic.

Listen to the full episode below, or via Spotify/Apple Podcasts.

Read more: Carlo Ancelotti explains why he turned down Manchester United after a conversation with Sir Alex Ferguson