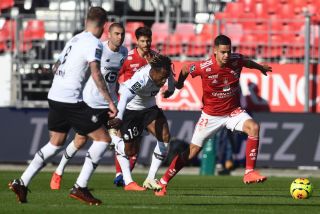 Manchester United are reportedly infestered in rivalling Liverpool for the signature of Lille midfielder Renato Sanches.

Sanches, 23, shot to fame when he joined Bayern Munich in 2016, however, after struggling for game-time in Germany, the midfielder soon found himself loaned out to Swansea.

After making just 53 appearances in all competitions for the Bundesliga champions, Sanches was eventually moved on in a permanent deal to Lille 16-months ago.

However, a largely successful time in France has seen the 23-year-old recapture some of his best form, which has prompted speculation that the midfielder could be on the move again due to Lille’s precarious finances.

Recent reports have suggested that Jurgen Klopp’s Liverpool could be a surprise destination for the Portuguese midfielder as the English champions prepare for life without Georginio Wijnaldum, as per Le10Sport.

Shockingly though, a recent written report from Italian outlet Gazzetta Dello Sport (via Sports Witness), claim that United are set to rival Liverpool in the race to sign Sanches.

It has been claimed that in light of Liverpool’s interest in Sanches, United and Inter Milan are also casting a keen eye over the situation.