Manchester United captain Harry Maguire has played the most minutes out of all top-flight professional players in the world!

Maguire, 27, joined United last summer from domestic rivals Leicester City in deal which cost the Reds’ hierarchy a whopping £78.3m, as per Transfermarkt.

Since arriving at Old Trafford, Maguire has been named as the club’s permanent skipper and has remained a figurehead throughout manager Ole Gunnar Solskjaer’s team selections.

The commanding centre-back has so far featured in 74 matches in all competitions for United; a truly remarkable number of games considering he made his United debut less than 500 days ago.

In line with Maguire’s staggering involvement, a stunning stat has emerged which cements the 27-year-old’s place as the world’s most used player. 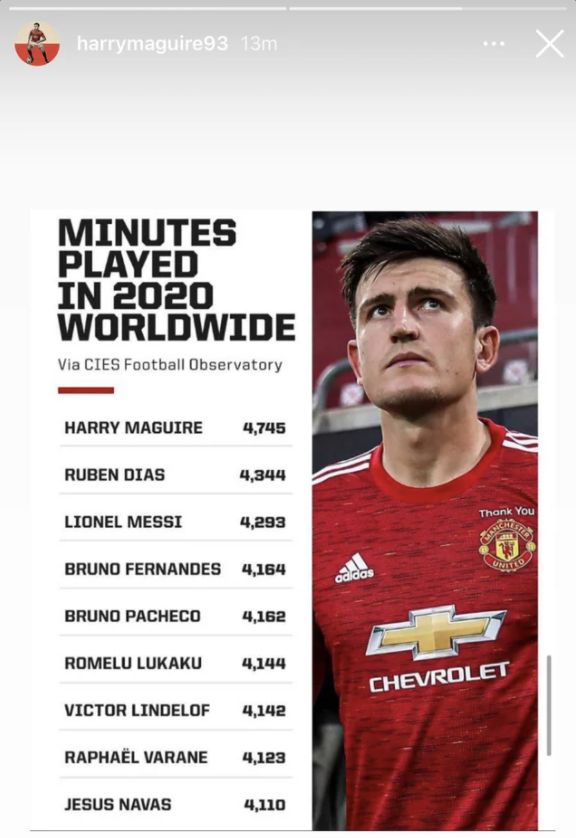 The stunning stat provided by CIES Football Observatory shows the United captain has featured for a total of 4,745 minutes, over 400 minutes longer than Manchester City defender Ruben Dias.

Does the impressive list prove the United squad’s reliability or a lack of depth? – Let us know in the comments.