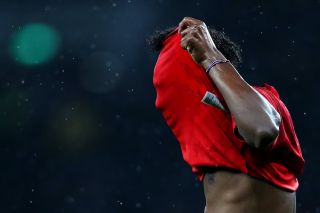 Manchester United have reportedly formally approached the agent of Bayern Munich’s David Alaba in an attempt to lure the Champions League winner to Old Trafford next summer.

Alaba, 28, joined Bayern Munich back in 2008 and has since gone on to make 462 appearances in all competitions for the club’s youth sides and senior side combined.

The talented and experienced centre-back has had a huge hand in his side lifting a whopping 25 major trophies, including nine Bundesliga titles and two Champions League trophies.

Currently boasting the title of Champions League champion after winning Europe’s top prize last season, Alaba, despite his credentials, looks set to become of the sport’s next big star to be on the move.

With his contract set to expire in the summer, there have been suggestions that Bayern Munich are preparing for the Austrian defender to depart on a free after failing to agree a contract renewal.

According to a recent report from Spanish outlet AS, although interest in the 28-year-old is believed to be high, it is United and arch-rivals Man City who have made the first move.

AS claim that both Manchester clubs have already approached Alaba’s agent, Pini Zahavi in an attempt to understand the defender’s availability.

It has also been reported that United and Man City are not alone in their admiration for Alaba, with the likes of Real Madrid, Chelsea, Paris-Saint Germain and Barcelona all also keen.

AS describe Alaba’s impending transfer saga to be a ‘war’ after six of Europe’s biggest clubs prepare to battle it out for the 28-year-old.