Anthony Martial has been named WhoScored’s Premier League Player of the Week.

While Manchester United strikers will always be judged on their goalscoring record, Martial’s all-round display against Leeds United outweighed the two golden opportunities he missed in the game.

The Frenchman’s impact was profound and he reiterated his capability of leading the line by setting up two goals.

Pressure will build until he starts scoring goals and United need to be more clinical in front of goal every week if they’re to challenge for the Premier League title this season. For that reason, I am also hopeful Edinson Cavani can get a run of games under his belt soon.

WhoScored also have three United players in their Premier League Team of the Week for game week 14. 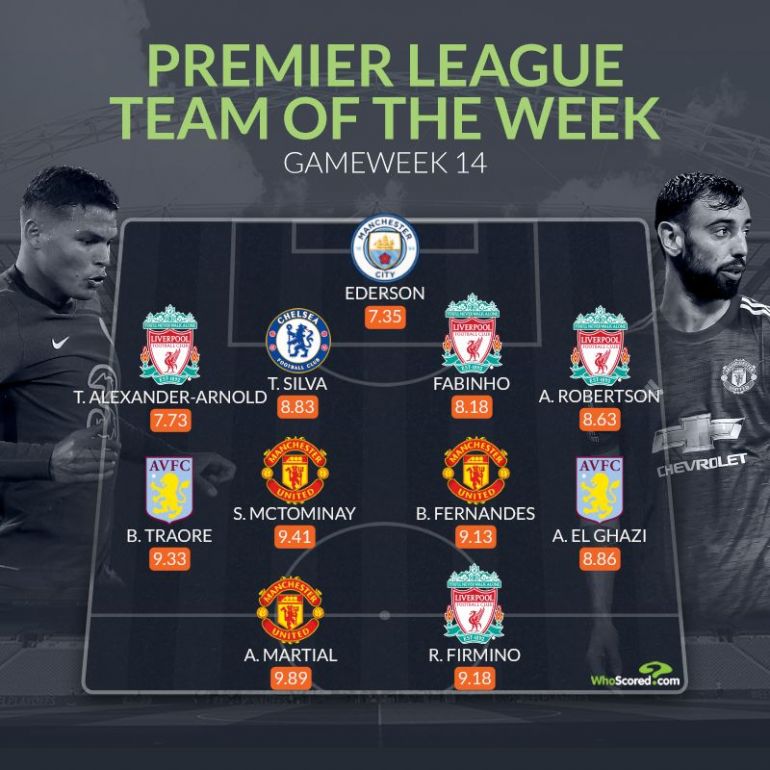 Bruno Fernandes and Scott McTominay feature in midfield, with Martial up front alongside Liverpool’s Roberto Firmino.

Fernandes was brilliant against Marcelo Bielsa’s side, but McTominay was arguably more worthy of winning the MOTM award.

The Scotland international was hungry for a big result against Leeds, which will always go down well with United fans!