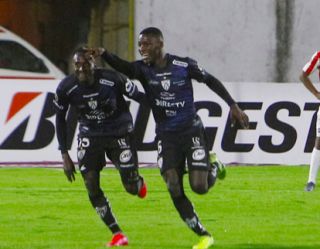 Moises Caicedo has emerged as a Manchester United target in next month’s transfer window.

Caicedo, who plays for Independiente del Valle in Ecuador, is regarded as one of the most talented midfield prospects across South America.

And according to the Manchester Evening News, the 19-year-old could become a United player as early as January with the club altering their recruitment approach.

The MEN report that United are keen to secure a deal for Caicedo so he can make the switch in the New Year.

It is added that United are now focusing their attention on signing the world’s best teenage talents, rather than long-term targets in their mid-twenties.

The youngster made his senior debut for Ecuador in October and has now made four appearances at international level.

As per the Guardian, Diallo is set to fly to England next month to join his new teammates after securing the move on deadline last summer.

See compilation footage of Caicedo below, courtesy of WorldofFootballHD: