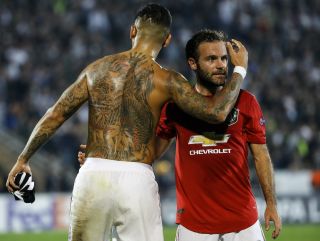 Rojo, 30, started his career with Estudiantes before joining in Spartak Moscow 2011 and later Sporting Lisbon before signing for United in 2014.

Having recently been snapped at the South American club’s training ground, there is continued speculation Rojo could return in January in a permanent deal.

We reported earlier this year that Rojo’s agent, Jonathan Barnett of Stellar Group Agency believed his star client would be moving on sooner rather than later.