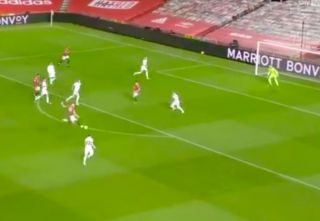 Manchester United have a propensity to start slow in the Premier League but they suddenly find themselves 2-0 up against bitter rivals Leeds United after a dream start at Old Trafford.

And both have come from an unlikely source in Scott McTominay, with two scintillating finishes in the opening three minutes.

And just moments later, he broke forward again, latched onto Anthony Martial’s deft through ball and slotted home expertly with his left-foot.

That first strike from Scott McTominay after just 6⃣7⃣ seconds 🔥