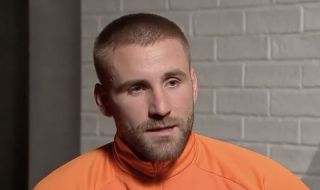 Luke Shaw has hailed the impact that Bruno Fernandes has had at Manchester United and labelled the Portuguese midfielder ‘special’.

While United prepare to take on Leeds this evening some fans are chatting about the possibility of a title challenge.

Many will play it down and say all of this talk is premature and I think they’re right, but it makes a positive difference to be talking about United in such a light, especially in these post-Ferguson years.

Bruno Fernandes turned things around for this side after he joined almost a year ago. He pulls the strings in the centre and has a remarkable record from the penalty spot.

He’s by far our most influential player and deserves the praise from Luke Shaw.

The left-back spoke about Fernandes in a recent interview with Sky Sports, as seen below:

He said: “Everything goes through Bruno, we as a team need to take a bit of pressure off him.”

🗣 "Everything goes through Bruno, we as a team need to take a bit of pressure off him"

Luke Shaw says the rest of the team need to step up to take the pressure off Bruno Fernandes pic.twitter.com/POCZIzG1tH

It may also be time for Fernandes’ team-mates to take a bit of the pressure off him, insists Shaw.