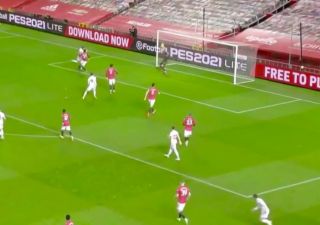 David de Gea has made a superb save at point-blank range to prevent Leeds from clawing back another against Manchester United at Old Trafford.

It’s end-to-end in an enthralling game between the fierce rivals and Marcelo Bielsa’s side could have made it. 4-2 just after the break.

Spanish forward Rodrigo played a glorious ball from the right-flank. to Raphinha at the back post and the Brazilian made a good connection with volley.

But De Gea, who returned to the starting XI after being replaced by Dean Henderson in midweek, was equal to it with great reflex reactions.

Leeds are continuing to create plenty of chances but United have been the most clinical in the opening hour.

See De Gea’s save below. Footage courtesy of NBC Sports: