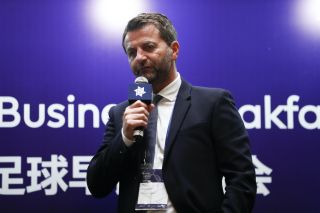 Manchester United have been backed to challenge for the Premier League title.

That alone is something because it feels like a long since since we’ve been considered contenders, so hopefully it continues well into the new year.

Manchester United are sixth in the table following their 3-2 win over Sheffield United on Thursday night — but we’re just five points behind league leaders Liverpool with a game in hand.

The Red Devils and manager Ole Gunnar Solskjaer were heavily criticised early in the season but things appear to be shaping up a little now, in the league especially, and it would be fantastic to see the team mount a title challenge.

Sherwood is probably right not to think Victor Lindelof and Harry Maguire are at the required level for United, but the pundit says the pair are no worse than some of their rivals’ defences, including Liverpool who have a number of injuries at the back.

“We don’t think they’ve played well up to now,” Sherwood told Premier League Productions, as cited by The Express.

“We’re not over-critical of Man United, we just expect so much from them.

“We know they’ve got fantastic players going forward, I’ve still got question marks over them defensively, especially with the centre-back partnership.

“I think Lindelof and Maguire are not good enough. But are they any worse than any other [partnerships] in the league?

“Certainly now Liverpool are struggling with their central defensive partnership.

“They’ve got a central midfielder and a kid who was on loan at Kidderminster last year.

“[United are] better than most, it’s a strange old league, for us to be so critical of Manchester United pretty much all season and then they can win their game in hand top go second in the Premier League, you have to give them a chance.

“When you’ve got quality like Marcus Rashford and Fernandes and Pogba, I think you’ve got a chance.

“This negative cloud over Man United that never seems to go away, but the facts are they are going to be second in the league when they beat Burnley away from home, and I expect them to do that with their game in hand.”

Next up for the Reds in the league is Leeds United at Old Trafford!