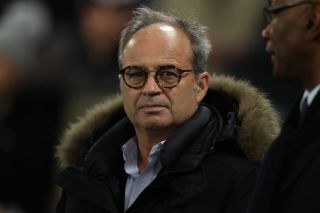 Manchester United’s hierarchy have reportedly narrowed their search for a new director of football down to just a few possible candidates.

The decision to still not have a director of football at the club is a controversial one because a lot of fans don’t have any confidence in Ed Woodward when it comes to football transfers.

It’s difficult with the ownership model in place, when the Glazer family are not going to replace Woodward when they are more than happy with the puppet’s work.

Every club needs to have recruitment specialists and it seems United are trying to get that out of Ole Gunnar Solskjaer, Mike Phelan and the other coaches. Some would call this ‘trying to hit two birds with one stone’, but United are in the position they are in now because of incompetence.

According to a recent report from Record Sport, United have narrowed down their search for a top recruitment specialist to just a few candidates, including Lille’s Luis Campos.

One response to “Manchester United shortlist for director of football, including Luis Campos”