On Thursday Manchester United striker Edinson Cavani had been charged with an aggravated breach of the FA’s rules for using the word “negrito” in an Instagram post last month.

The 33-year-old Uruguayan had apologised for the post, which he sent after Manchester United beat Southampton 3-2 at the end of November, and argued it was an affectionate greeting to a friend.

Manchester United issued a statement defending the striker, saying there was no malicious intent behind Cavani’s message.

However, something interesting has popped up, with Danish university professor Andreas Beck Holm reporting the FA to KickItOut for cultural racism via united.no.

The full complaint has been translated below:

“After a recent football match, Edison Cavani responded to a congratulatory tweet from a friend with the words “Gracias negrito”. The FA insists it will punish this as an act of racism. It clearly is not, for the following reasons:

“The claim I want to make is that while Cavani’s words are not racist, the decision to indict him is. Specifically, it is a case of cultural racism that is closely connected with ethnocentrism.

“Edison Cavani is a foreign worker who is being punished for his inadequate mastery of the English language and for his equally limited understanding of British social rules. In fact, he is being punished for not obeying these codes in a foreign language communication with a foreigner. This is clearly an example of discrimination based on a person’s culture, also known as cultural racism. The indictment implicitly yet very clearly states that the cultural norms of South Americans are inferior to those of Great Britain and should not be tolerated at all.

“The charge put forward by the FA is based on several assumptions that are obviously ethnocentric. First, that words in foreign languages that resemble words in English have identical semantics. Second, that it is the task of the FA to police the communications of foreign players with their fellow countrymen. And third that the cultural norms and ways of thinking of western elites constitute a universal normative ideal that should be enforced on people from dissimilar cultural backgrounds.

“In short, the FA’s indictment is nothing short of reprehensible by the very same standards, the organization sanctimoniously claims to uphold.

“May I just add, in conclusion, that while Britain’s horrendous colonial history clearly warrants a focus on avoiding racism, this is in no way an excuse for renewed bigotry and oppression masked as political correctness.

“I would like to make it very clear that this is not a prank and that I am extremely serious about this report. The Premier League is a worldwide brand, it attracts players from across the globe and Premier League football is watched in countries across the world. This gives the FA a responsibility for having an international outlook and an appreciation of cultural and linguistic differences instead of narrowmindedly exercising cultural imperialism and handing out punishments to foreign players who do everything they can to adapt to the norms of British society and British football.”

It remains to be seen what will be done about this, with Cavani yet to issue an official response to the charge.

No-one thinks Cavani is racist for what he posted and the FA must take context into account. It was an honest mistake which the striker promptly apologised for once he was made aware of wrongdoing on his part.

Cavani, who is back in training after a muscle injury, is expected to return against Leeds United on Sunday. 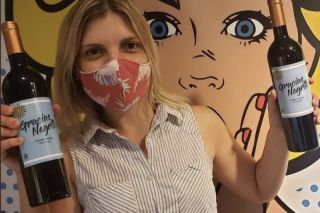