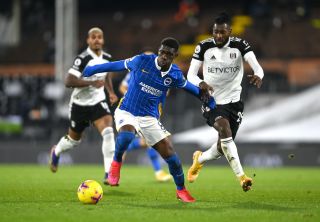 According to friend of Stretty News, Jonathan Shrager, Bissouma’s agent Michael N’Cho has stated that Liverpool, United, Arsenal, Monaco and two sides from La Liga are keen on the 24-year-old.

I have just spoken with Bissouma’s representative, Michaël N’Cho, who confirmed to me that there is significant interest in Yves from #MUFC, Liverpool, Monaco, two La Liga teams, and also Arsenal

Earlier this week ESPN ran a story claiming there is interest in Bissouma from Liverpool, United and La Liga with the midfielder expected to be worth around £30m.

There’s nothing to suggest a move will be made in January, but this is a deal United could start working on next month if they wanted to strengthen the side midway through the season again.

Bissouma, who arrived at Brighton in the summer of 2018, has started all 12 of his side’s Premier League games this season and he is now seen as a potential replacement for Liverpool’s Georginio Wijnaldum.

The 24-year-old would strengthen United’s squad but it remains to be seen how he would fit into our midfielder. We could be talking about the first Mali international to play for United!