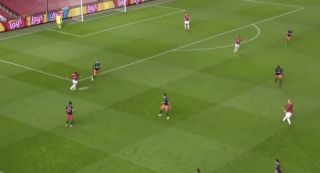 Manchester United centre-back Victor Lindelof is enjoying one of his best spells since his arrival at Old Trafford three-years ago. In light of the defender’s much improved form, a compilation clip has emerged showcasing the Swede’s superb ability to execute pin-point long range passes.

Lindelof, 26 joined United back in the summer of 2017 from Portuguese side Benfica in a deal which cost the Reds £31.5m, as per Transfermarkt.

Since his arrival in Manchester, the Swede has featured in 133 matches in all competitions.

One part of United’s game which has often come under criticism is their defender’s passing ability, however, after a short compilation clip emerged displaying Lindelof’s impressive passing range, does Ole Gunnar Solskjaer already have the answer to his side’s defensive passing problems?