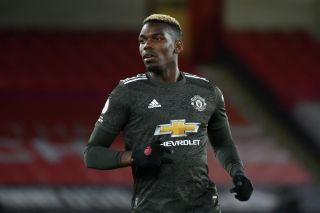 It was a nervy night at Bramall Lane but Manchester United got the job done after coming from behind yet again to record a 3-2 win against Sheffield United.

The Red Devils were not at their best throughout the match and manager Ole Gunnar Solskjaer was not entirely satisfied with his side’s performance.

Solskjaer’s decision to start Dean Henderson between the sticks backfired as he made a mistake to hand his former side the opening goal of the game, with David McGoldrick taking advantage of the fact Deano took more touches that he needed inside the penalty area.

However, two goals from Marcus Rashford and a strike from Anthony Martial was enough to secure three points for Manchester United — jumping from ninth in the Premier League table to sixth.

A late McGoldrick goal ensured that everyone connected with Manchester United felt the nerves at the end. Solskjaer admitted his side should have killed off the game earlier, but they should have also started on the front foot rather than conceding early on and having an uphill climb every week!

“It wasn’t comfortable at all towards the end,” said Solskjaer, as per Eurosport. “We made it difficult for ourselves again after a slow start but then we played some brilliant stuff. When they get that second goal it’s not comfortable at all.

“We played some brilliant football between their first goal and their second goal — the end was a bit too uncomfortable for my liking.

“We have got good players and today we found the spaces behind them really well. Why are we winning away from home? Maybe teams… I don’t know, I don’t know.”

Solskjaer gave an honest assessment of Henderson after the game, adding (via Metro): “We saw the good and bad from him today because he made a great save towards the end. He is always learning. He has probably been looking forward to coming back here and after that start shows his character for the rest of the game.”

There was also a defence for Paul Pogba last night.

The Frenchman arguably put in his best performance of the season, but we won’t be forgetting his agent’s comments anytime soon.

“He is a Man United guy, he has been at this club as a kid and this is his home,” the boss continued (via GOAL). “He enjoys playing for us and he was exceptional today.”