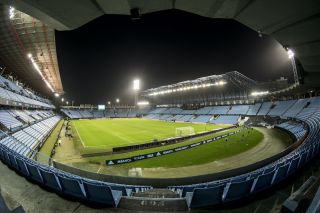 Bajcetic, 16, who is the son of former Celta midfielder Srdjan Bajcetic, is reportedly on the verge of joining Ole Gunnar Solskjaer’s Red Devils.

The youngster who primarily operates as a defender has made two appearances for Celta Vigo’s B team has been impressing the Reds’ recruitment specialists.

According to Spanish outlet La Voz de Galicia (via Sports Witness), United are already ‘in talks’ to bring the 16-year-old to Manchester.

The report claims that the youngster’s agent has confirmed that Celta Vigo do not want Bajcetic to leave for free and will be seeking compensation for the teenager’s services, given the fact they have aided his youth development to this point.

However, it has also been reported that both parties are keen for the deal to be completed with the youngster hotly tipped to become one of Europe’s brightest talents.

United have not been shy in their strong recruitment of top-tier youth talent having already snapped up several young gems during the summer, including the likes of Charlie McCann, Alvaro Fernandez and Joe Hugill.

It looks like the United youth academy can expect another highly-rated talent to be joining soon, if the reports coming out of Spain are anything to go by.