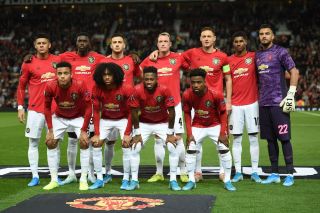 Manchester United’s decision makers are reportedly considering recalling Tahith Chong from his loan spell at Werder Bremen once the January transfer window opens due to concerns over his stalling development.

Chong, 21, joined United’s youth academy in 2016 from PSV on a free transfer.

Since his arrival in Manchester, the 21-year-old winger successfully managed to climb his way through the club’s youth ranks before making his first-team debut in 2018.

Despite being projected to go on to become a first-team regular, Chong has struggled for game-time under current manager Ole Gunnar Solskjaer.

Since his debut two-years ago, Chong went on to feature in 16 senior first-team matches in all competitions before being loaned out to Bundesliga side Werder Bremen in an attempt to continue his development.

After joining Werder Bremen during the summer transfer window, the 21-year-old winger has featured in 11 matches in all competitions but has struggled to have a positive impact after being directly involved in just one goal.

According to a recent report from Fussball Transfers (via Sports Witness), United are considering terminating his loan six-months ahead of time after concerns continue to be raised over the Dutchman’s stalling development.

It has been claimed that Werder Bremen’s hierarchy are keen to remain patient with the 21-year-old and want to give him more time, however, it is believed that United’s recruitment team are more inclined to bring him back to Manchester at the earliest oppotuntity.