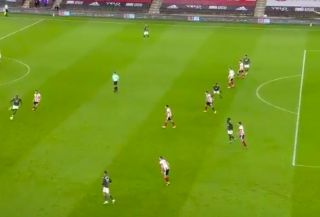 What a turnaround – again.

Manchester United have a worrying propensity to start slow but that does not look to have cost them at Bramall Lane this evening.

The Reds fell 1-0 behind early on after a glaring Dean Henderson error, but now lead thanks to goals from Marcus Rashford and Anthony Martial.

Rashford drew Ole Gunnar Solskjaer’s side level with an emphatic touch and finish after Victor Lindelof’s pin-point through ball.

And soon after, Martial netted his first league goal of the season as he prodded home into an empty net.

Martial has Paul Pogba to thank for a sumptuous first-time through ball and he made no mistake after some uncertain goalkeeping from Aaron Ramsdale.