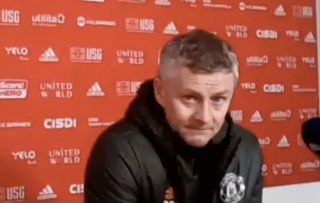 Pogba, 27, put in a superb display during his side’s 2-3 win over Chris Wilder’s Blades.

United’s World Cup winner was a constant source of creativity all evening after his incredible passing range and technical ability was on display for all to see.

Despite a turbulent 12-months which has seen the 27-year-old’s long-term Old Trafford future become the subject of much speculation, Pogba went some way to silencing his critics on Thursday evening.

Speaking after the Reds’ latest domestic win, Solskjaer was quick to praise to his number-six claiming that Pogba’s long-awaited return to full fitness was the main contributor to his superb performance.