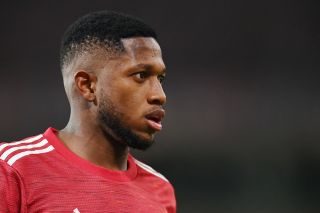 Fred has admitted that he is eyeing the Premier League title and has reassured fans that the squad remains focused after suffering Champions League elimination.

The Manchester United midfielder has been with the club since his 2018 transfer from Shakhtar Donetsk, costing the Reds a hefty transfer fee worth £53.1m.

Since he joined United, the Brazilian has grown into his role under Ole Gunnar Solskjaer after struggling under the man who bought him, Jose Mourinho. His best form in a United shirt has come this season or towards the end of last term.

“The key is coming back and winning is our concentration in every game, going on to the pitch to do our best and be decisive and to believe,” Fred said, as per the Manchester Evening News.

“We’re very close to the top of the table and we’ve got some big games coming up in December.

“If we can win all of them, we’ll be very close to the leaders at the top of the league or we could even take first place. So we’ll look to win every game and I’m certain our team will do everything to reach the top if the table and stay there.”

It’s been a long time since we’ve had players talk about challenging for league titles, and at the risk of sounding naive I’m enjoying it.

Let’s hope Fred and co can put their words into action tonight with a convincing win over Sheffield United.

The Blades have been atrocious this season and we should be going into the game looking to hit them with a goal early on. It’s a fixture that should see us work positively on our goal difference which is currently lower than it needs to be.