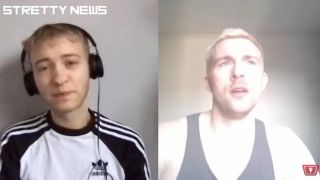 This week on the Strettycast we discuss Mino Raiola, Paul Pogba and… Cristiano Ronaldo.

Part of us agree that Cristiano Ronaldo is on the wrong side of his 30s, but he’s still scoring goals in Europe and Serie A.

Moreover, if Paul Pogba has his way, he will return to Juventus in 2021. In hindsight he probably wishes he never left.

I do not look at Pogba thinking he is a player about to reach his prime, and that shouldn’t be the case with a 27-year-old midfielder who has a World Cup-winner medal in his back pocket.

Check out the video below via Stretty News TV, but the full episode can be listened to here.

According to the Independent, Juventus would not be completely against the idea of swapping Cristiano Ronaldo for Pogba.

What an impact that would have on the team and club.

United are not a club that usually conduct swap deals, but this would be a brilliant exception to the rule.