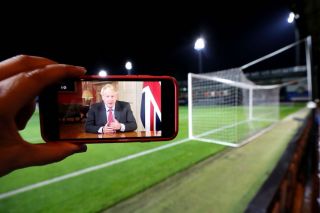 Manchester United are out of the Champions League, but could still find themselves in the Premier League title race.

With two games in hand on some of the teams above us (United are ninth), Dale and Mike have another discussion on all things United related. We couldn’t skip the latest episode surrounding Paul Pogba, which Mike uses to compare the Frenchman to British Prime Minister Boris Johnson.

Listen to the latest Strettycast via aCast below: