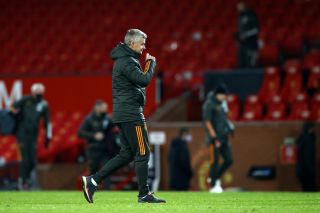 The MEN adds that United are still in the market for a ready-made winger, a centre-back, a right-back and a defensive midfielder.

United could definitely do with adding a new defensive midfielder with Nemanja Matic kicking on and neither Fred or Scott McTominay being able to hold down the position on their own. As a duo they’re fine, in certain games, but United shouldn’t need two midfielders playing defensive roles against most teams.

I’m not sure Rice would be that much of an upgrade on Fred and McTominay either, and being an England international you can be sure West Ham will want a heft transfer fee for his signature.

Chelsea have also been linked with Rice, as per the Telegraph’s Matt Law, and again I would question if he’s really an upgrade on Jorginho and Mateo Kovacic.

I could be very wrong. Rice may be destined for big things but I can see better options out there. Surely our scouts can too?

Either way, West Ham will be expecting interest in one of their most valued assets this summer. They won’t find it easy to keep hold of Rice.