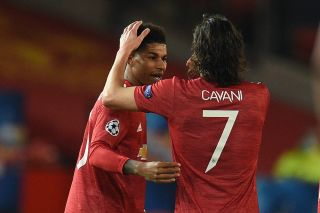 It’s been a hectic and crazy Premier League season to date.

Ole Gunnar Solskjaer has spoken on behalf of all managers in the top flight to reveal how difficult it has been to keep all players sharp due to fixture congestion.

The biggest clubs have played almost every three days between Premier League fixtures and other cup competitions.

Five weeks of the campaign were lost to the coronavirus pandemic and the delayed European Championship which was due to start on June 11, making the schedule gruelling for those competing in Europe.

This has brought unusual results to the league this season. This week we saw Man City held to a point against 19th place West Brom, a side Manchester United were heavily criticised for beating just 1-0.

Sam Johnstone showcased the best performance of his career and it took a Bruno Fernandes penalty to secure the three points.

Anyhow, United manager Ole Gunnar Solskjaer has been asked about unusual results this season. He told the press (via Manchester Evening News): “I think it’s also a sign of the Premier League, the quality of the so-called lesser teams.

“No easy game in the Premier League, then again the top teams the last few seasons have had knack of winning tight games instead of drawing them, with the tight schedule of around the world, players’ lives, I think we will see throughout the season whoever gets a midweek rest might get an advantage. It’s hard to have everyone 100% sharp.”

Although it’s hardly a surprise to everyone, it’s interest to hear Solskjaer talk about his struggles to keep all his players sharp.

Solskjaer also gave a fitness update on Edinson Cavani, saying: “Edinson has done well in rehab, still have to make the decision if we should risk him. It is a little bit to risk him too early, I’d doubt him to be available to pick tomorrow.”

Doesn’t sound like the Uruguayan will be starting tomorrow night.