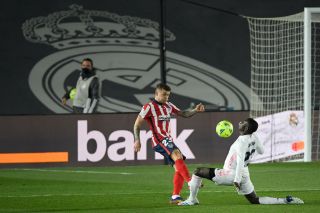 Firstly, I think Kieran Trippier would be a good signing for Manchester United. Not to overtake Aaron Wan-Bissaka in the role at right-back but to offer the manager greater depth in his squad.

The former Tottenham Hotspur defender, who has impressed since joining La Liga outfit Atletico Madrid, was recently linked as a target for Manchester United via the Telegraph.

On top of that, Manchester Evening News claims that a move to Old Trafford would appeal to boyhood fan Trippier as he enters the final 18 months of his contract with Atletico.

Trippier is renowned for the quality of his delivery and attacking player, which at times can be lacking when Wan-Bissaka plays.

On the other hand, I would argue AWB is far superior in a defensive sense, but there’s no reason United can’t have the best of both worlds.

There are a number of areas in the squad that need strengthening.

In defence, a centre-back is needed before a right-back comes in because that should be our priority in January or next summer.

Time will tell if United are truly in the market for Trippier.