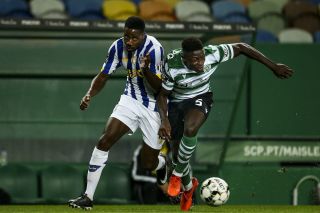 Bruno Fernandes has had a remarkable impact at Manchester United since joining the club in January.

The Portuguese star chips in with goals and assists, as well as leading by example in a team that lacks any real leadership.

United have underperformed this season, like the rest of the big six in the Premier League, but there’s talk Fernandes could have even more of an impact at Manchester United when the transfer window opens again.

According to O Jogo (cited by the Daily Star), United are interested in Sporting Lisbon starlet Nuno Mendes, who shares an agent with Fernandes.

It’s worth remembering that the 18-year-old left-back would have lots of competition at Old Trafford. Alex Telles was only recently signed and there’s Luke Shaw who will be fighting for game time too. Not to mention Brandon Williams, although I wouldn’t be surprised if he switch to right-back.

Solskjaer must decide what is best for United down the line. I haven’t seen Mendes in action to argue he could be better than what we have at the club, but there’s no harm in scouting these players throughout the football season.

I would be hoping that the scouting network is busy with lists of players to keep track of.