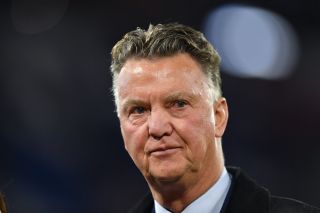 Van Gaal, 69, is more than familiar with the inner workings at United after taking over the Old Trafford hot-seat from David Moyes back in 2014.

The Dutch tactician’s time at United ended quite sour and even though he lifted the 2016 FA Cup, van Gaal was ultimately given the boot in favour of the available Jose Mourinho.

Undoubtedly, van Gaal will be casting an eye over his former club and wondering why he was shown such little patience whereas current manager Ole Gunnar Solskjaer has been afforded so much.

It goes without saying that a manager is often measured, not just on their on-field results, but also how they spend the club’s money and van Gaal is convinced Solskjaer got it wrong during the summer transfer window.

Former Ajax midfielder van de Beek joined United in the summer in a deal which cost the Reds’ hierarchy just shy of £40m, as per Sky Sports.

United’s new midfielder did not feature during Saturday’s Manchester derby with Solskjaer opting for a midfield consisting of Bruno Fernandes, Paul Pogba, Fred and Scott McTominay.

“I hope his time will come, but I don’t think he made a good choice,” Van Gaal said, as quoted by the Daily Mail. “I said that right away. If you have Paul Pogba and Bruno Fernandes, what position should van de Beek be in?

“He doesn’t have the qualities of Pogba and Fernandes. And now you see that Pogba often doesn’t start. Where should van de Beek play then?”