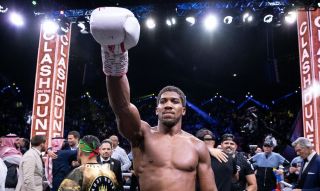 Joshua, 31, is set to take on 39-year-old Bulgarian heavyweight Puluv later on Saturday night when the two boxing giants clash at Wembley.

Ahead of the tense match-up, Joshua, who is a two-time unified heavyweight champion, has received a classy message of support from none other than United star-forward, Rashford.

Rashford himself is currently preparing for a tense match himself as his side gear-up, ready to take-on arch-rivals, Manchester City in the world-famous Manchester derby.