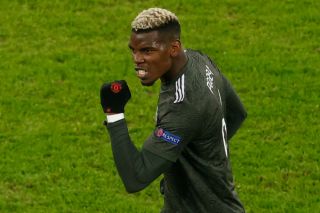 Ole Gunnar Solskjaer has named his starting eleven to take on Manchester City in the Premier League this evening.

Manchester United fans experienced Old Trafford for the last time since lockdowns struck when these two teams last met. A 2-0 win for Ole Gunnar Solskjaer side against a bunch who were once prematurely labeled the greatest team in English football history (via GOAL).

This season City haven’t been a shadow of their former selves under Guardiola, and we’ve fancied our chances against them since Solskjaer became manager.

It’s different, of course, going into the game on the back of an upset like crashing out of the Champions League. Solskjaer has argued that playing City after such a disappointing result is the perfect way for these players to bounce back.

Paul Pogba gets the nod in a rather attack-minded starting eleven, just days after his agent admitted that the Frenchman wants to leave Old Trafford.

Luke Shaw comes in to replace Alex Telles at left-back.

On the bench we’ve got Anthony Martial back from injury.