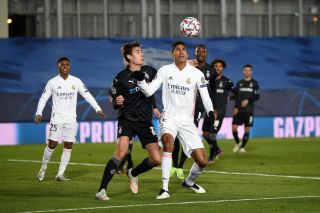 It’s fair to say that the UEFA Champions League knockout blow has piled the pressure on Ole Gunnar Solskjaer, in his second full season in charge of Manchester United.

Personally, I’m not expecting recruitment in January that will see United become a far superior side. We will be bombarded with excuses about transfer valuations. Anything but the dividends the Glazers take out of the club every year.

But if United are to have the season many of us hoped they would, it seems that extra recruitment is needed. Especially in defence.

The Red Devils signed three first team players during the summer — but no centre-back, which has been an area of weakness for Solskjaer’s side since the season began.

Harry Maguire hasn’t been a shadow of his former self, while Victor Lindelof is not a defender I have ever been convinced by.

According to the Manchester Evening News, United are considering moves for the likes of Ben White, Raphael Varane, and Dayot Upamecano in the January transfer window. However, deals for players may not be pursued until the summer if the price is not right.

Does any of this seem realistic?

White could be gettable in January, but I’m not sure about Varane or Upamecano, who will both want to finish out their Champions League campaigns…

It would be a different story if one of those players pushed for a move midway through the season.