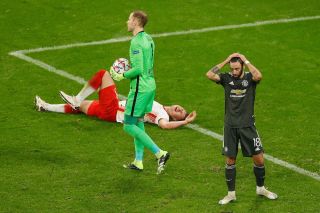 Bruno Fernandes has sent fans an emotional and heartfelt message after the Reds suffered a crushing 3-2 defeat against RB Leipzig earlier this week. United’s devastating result saw Fernandes and his team-mates crash out of this season’s Champions League at the group stage.

Taking to his official social media, the 26-year-old midfielder posted an image on his Instagram with the caption: “Not good enough from us, we have to do much better to represent a such big club and specially playing in the @championsleague with big teams!”

Fernandes’ attention will now firmly be on the upcoming Manchester Derby when United and arch-rivals City collide on Saturday in the Premier League.