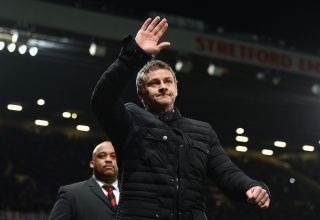 According to reports, Ole Gunnar Solskjaer’s decision to bring midfielder Bruno Fernandes to the club is the key reason why the Norwegian has been afforded more patience than most.

Fernandes, 26, joined United from Sporting Lisbon in January in a deal which cost the club’s hierarchy £49.5m, as per Transfermarkt.

Since his arrival, the Portuguese attacking midfielder has had a monumental effect on his side’s on-field fortunes.

Boasting a staggering record of 37 direct goal contributions in just his first 39 matches in all competitions, Fernandes has already grown to become one of England’s most influential players.

According to a recent report The Guardian, Solskjaer’s decision to recruit the 26-year-old is the main reason why the club’s hierarchy continue to support the Norwegian.

Since Fernandes joined the club just shy of 12-months ago, only Liverpool have won more domestic points and it is this stat which the club’s decision makers feel is evidence that Solskjaer is guiding the side in the right direction.

Despite the club’s supposed backing off their manager, it is understood that the hierarchy will be forced into making another key decision over the next month or so.

Midfielder Paul Pogba looks almost certain to depart Old Trafford after his agent, Mino Raiola, unleashed a public outburst claiming that his client was ‘unhappy’ and that is time at United ‘was over’, as per BBC Sport.

It has been reported by The Sun that club officials now want Pogba offloaded in January.

These recent reports do beg the question that surely the club won’t let Pogba and Solskjaer depart at the same time in what would be two major changes to the Reds’ squad.