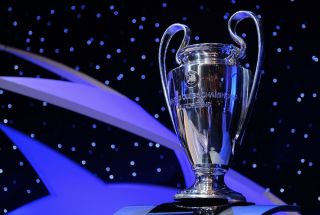 Manchester United have had a week to forget after being dumped out of the Champions League at the group stage. United’s recent 3-2 defeat to RB Leipzig saw the Reds demoted to the Europa League – And i’m afraid, it doesn’t get any better.

Ahead of the weekend’s exciting, yet, nail biting Manchester Derby, Ole Gunnar Solskjaer has just witnessed his side lose their commendable nine-year long record of being the team to go through a European campaign the longest without conceding a goal.

During the 2010-11 season, United managed a total of 482-minutes without conceding a single goal in the Champions League.

Under Sir Alex Ferguson’s guidance, the Red Devils played their first five group game matches (vs Rangers twice, vs Bursaspor twice and vs Valencia), before conceding a goal in their final match against Valencia.

Former Valencia and now current Leeds United attacker, Pablo Hernandez, scored in the 32nd-minute to confirm that United were the new record holders, having not conceded a goal for a total of three-minutes longer than previous holders, Juventus.

However, United can no longer claim the title of Europe’s most impenetrable defence after Croatian side, Dinamo Zagreb, narrowly broke the record on Thursday evening.

Dinamo Zagreb, currently playing in the Europa League against CSKA Moscow have gone over 483-minutes without conceding a single goal.

The news that United have lost their long-standing record was confirmed by Croatian outlet 24 Sata.