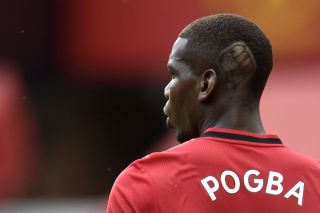 Pogba, 27, rejoined United from Juventus in 2016, four-years after departing the Reds’ youth academy.

Since his arrival back at Old Trafford, the French midfielder has featured in a total of 178 games and has been directly involved in 70 goals in all competitions.

Despite recently triggered a one-year contract extension in his contract, as per MEN, the United hierarchy appear to be finally losing patience with their World Cup winner.

A series of underwhelming and inconsistent performances have seen the 27-year-old recently demoted to Ole Gunnar Solskjaer’s bench, forced to play no more than an impact sub’s role.

In retaliation to his client’s restricted playing time of late, super-agent Mino Raiola unleashed a public outburst slamming the Reds and made a shock admission that Pogba’s ‘time with United is now over’, as per BBC Sport.

The latest in the ongoing saga comes from The Sun, who claim that the United hierarchy have now lost all patience in their talented midfielder and are now demanding that he is offloaded in the January transfer window.

The report goes on to claim that ideally United want to recoup as much of the £89m they paid for Pogba but are prepared to accept as little as £50m.

United may run into some problems come January though, we reported earlier this week that the line of clubs wanting to land Pogba is not very long, with Raiola desperately trying to drum up interest in his star man.

It’s safe to say that Pogba has never been as close to leaving United as what he is right now.