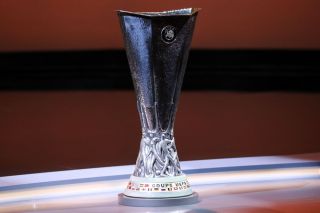 Manchester United are out of the Champions League again after a 3-2 defeat to RB Leipzig ended their hopes of qualification to the knockout round. Instead defeat sends them into the Europa League last 32 and again exposes the weaknesses of the club both on and off the pitch.

The Europa League is probably United’s level at the moment as the club lack the consistency to belong amongst Europe’s elite, they have one off moments and patches of form but inevitably it catches up with them.

Solskjaer made numerous tactical errors over the course of the group stage that the result in Leipzig is not the sole reason for United’s exit. The goals conceded to Basaksehir in Turkey were dire and especially Demba Ba’s goal from a United corner where there was no defender anywhere near him is just typical of the mess, we are in.

This campaign in the Champions League has been a microcosm of United at the moment, when it’s good it’s very good but when it’s bad it’s very bad. At this level mistakes are punished and so is naivety, alas this is where Ole Gunner Solskjaer is right now.

His coaching mistakes will always be under the microscope as Manchester United is the biggest club in the world so he will have every football fan throwing in their views. Setting up in a 3-5-2 was a bold decision but one that backfired after the first 90 seconds, United concede to Leipzig and suddenly have to come out and score when the formation was built to contain and keep it tight.

Ole had two centre backs on the bench in Eric Baily and Axel Tuanzebe but instead he played Luke Shaw as a Centre Back who has not played for over a month. Tuanzebe was brilliant playing this system in Paris where he shut down Kylian Mbappe and United won 2-1.

However, he had a bad performance in the game against Basaksehir in Turkey and in the reverse fixture and hasn’t been seen since. Solskjaer is loyal to the players who have succeeded for him before and while that is a great quality you can show too much loyalty to players.

Arsene Wenger’s later years at Arsenal was littered with him repaying loyalty to players and not accepting that those players needed to be moved on or dropped. This eventually cost the team results and slowly eroded confidence in his management.

David de Gea has been at the club for almost a decade but has routinely made errors resulting in goals in the last few season and in my opinion needs to be dropped so Dean Henderson can be given his chance to prove he can be the clubs long term number 1 as De Gea is always rooted to his line and Henderson is a more vocal Goalkeeper so may provide a bit more of an air of authority for a defence that needs it.

Victor Lindelof and Harry Maguire have been exposed a lot as a partnership but still he keeps playing them when he has other options. His loyalty is admirable, but it will be his downfall, continuing to show faith in players who let him down will only end one way.

The team looked sluggish and they look too open and easy to play against, against top coaches and tacticians like Thomas Tuchel and Julian Nagelsman it will be punished. The games against the best of Europe are hard enough but being unorganised and lethargic will always result in you getting absolutely nothing.

Take the club’s name aside and look at how the club is actually run and the personnel both on the pitch and in management and coaching staff and you will see it is a Europa League side at best.

The club has been a shambles for years, Nani was the last actually right winger the club had before he was sold in 2014. SIX Years and not one player has come in to play in this position until Facundo Pellistri and Amad Traore were bought this summer.

Until major structural changes happen at the top level then the club can’t compete with England’s elite let alone Europe’s. Instead, you will get a club gliding on reputation and flirting between the Champions League and Europa League.

Could Manchester United get a better manager in to do better with this Squad? Mauricio Pochettino perhaps? Yes, he would be an upgrade on Solskjaer but so would Massimiliano Allegri or Julian Nagelsman, however even though United would have a better Jockey on the Horse they would still suffer the same problems further in their tenure due to the ineptitude in the hierarchy of the club.

I don’t want Solskjaer sacked but it does seem to be a matter of time now and as long as Pochettino hovers over Solskjaer like the Ghost of Christmas future while United’s Ghost of Christmas past Jose Mourinho sits atop the League at the moment it makes United look even worse.

He should be doing better with what he has, and they should be more organised and have a distinct style of play so even if results go wrong, we can still see the plan he is trying to achieve.

The players need to also take a lot of responsibility in they need to play a lot better and show passion and desire to win but they routinely seem to fail knowing that they won’t suffer any consequences for their failures.

The summer ahead will be huge as Paul Pogba needs to go and his influence and the circus that go with him needs to go for the club to move forward. De Gea needs to be dropped as he has been here long enough and makes the same errors season upon season and maybe it’s time to move him on and go in a new direction and look to move his massive wages off the wage bill, £350,000 a week for a Goalkeeper was a stupid decision in any club as no Goalie is worth anywhere near that.

The transfer policy seems to be moving in the right direction, now they need to be ruthless to get players out and smart in bringing players who fit the ethos but also fill the positions of need.

So, it’s Thursday nights again in Europe and a chance to play the youth and see who is good enough in the youth team to see who might be worth promoting to the senior team. I am not too upset by this as I see the bigger problems at the club and while the manager and coaching can be fixed as long as the club is run like it is then we will need to get used to Thursday night Football for a long time.

Pundits and Fans will say but we are Manchester United, and we should aim to be the best and we should but until the people who own the club decide to become serious then the club will be where it deserves to be and that is outside the Top 4 and in the Europa League.