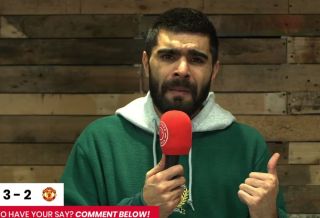 Manchester United are back in the Europa League after failing to qualifying for the knockout stages of the Champions League.

The MUFC YouTuber believes we deserved to go out after wasting our chances after starting the European campaign so strongly.

Solskjaer does not deserve criticism for not starting Pogba, but the team didn’t look very organised last night. We continue to make silly mistakes which time and time again prove costly.

McKola raises questions about what happens behind the scenes at coaching after a number of examples of schoolboy defending last night.

“It’s not good enough,” McKola adds as he attempts to choose his words wisely in response to Harry Maguire saying the lads weren’t at it. How were they not up for a winner-takes-all clash to reach the final 16 of the Champions League?