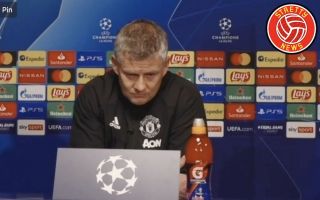 Raiola, who represents Pogba via his super-agency, has been making headlines yet again, for all the wrong reasons, yet again.

The representative spoke out late on Monday and declared his client’s career with United was ‘over’, as per BBC Sport.

However, having recently crashed out of the Champions League after suffering a disappointing 3-2 defeat against RB Leipzig, Solskjaer has finally addressed the news surrounding his star midfielder.

Speaking after Tuesday’s match against RB Leipzig, Solskjaer was asked about Pogba and Raiola and the Norwegian pulled no punches.